LENAFU is open to strategic partnerships which may help the organization to deliver its services efficiently and justifiably. Strategic partnerships are always vital as they enable an organization achieve more than what it could achieve when not collaborating with other parties. However, for beneficial partnerships, an organization has to offer a unique attractive opportunity for those involved. The general purpose why farmers are organizing themselves into farmer groups is to establish networks and partnerships amongst themselves so that collectively they can address challenges of food and nutrition insecurities and poor household economy. Supplementary to these efforts by farmers, it is required that partnerships be established with other stakeholders in the agricultural sector for complementarity on the activities/ initiatives organized to support farmers and the agricultural sector. 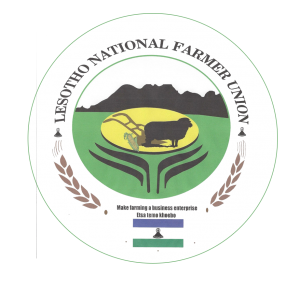 LENAFU and WFP work in partnership to support programs and activities that are aimed at (1) linking smallholder farmers to markets and (2) strengthening the capacity of smallholder farmers. This is done because both partners have noted that engaging in agriculture is one of the most promising instruments for reducing poverty and securing local livelihoods. One of the critical conditions required for the betterment of the agricultural sector is to ensure that farmers are well capacitated and have access to organized markets. It is on the perspective of promoting agricultural production and market linkages for smallholder farmers in Lesotho that LENAFU always wishes to collaborate with the likeminded stakeholders in the Agriculture and Food Security Sector; the Government Departments, Development Partners, the Non-Governmental Organizations as well as the Private Sector.

Lesotho National Farmers Union (LENAFU) is a member of Southern African Confederation of Agricultural Union (SACAU). Besides being a just a member of SACAU, the two organizations are partnering in agricultural development work at National and Regional level. The collaboration covers, amongst other important elements; Capacity Building, Lobby and Advocacy, Research and Information dissemination.

The main reason for farmers to organize themselves into groups is to establish networks and partnerships amongst themselves that enable them to collectively address their day to day challenges in production, marketing and access to services. To achieve this primary purpose and objective, the Lesotho National Farmers Union (LENAFU) has been instrumental in facilitating partnerships with key stakeholders in the agricultural sector such as the Government Departments and the Development Partners. LENAFU’s partnership with FAO was established in the formative years of this farmer organization. This partnership was cemented in October 2013, when FAO funded a Technical Cooperation Project on titled “Capacity building in agribusiness development: Lesotho National Farmers Union”. That project ran for two years with a total funding of USD 437,000. Beyond this, the two organizations have been engaged in mutually beneficial partnerships for improving access of farmers to inputs, technologies and services.

LENAFU and MDA acknowledge that agriculture has the potential to become a significant sector in Lesotho’s economy and to create the much needed jobs. However, the contribution of agriculture to the GDP in Lesotho has fallen from more than 80 percent before independence to a mere 10 percent in 2017 (World Bank Report, 2017). Reports by both the Government of Lesotho (GOL) and the Food and Agricultural Organization (FAO) indicate that the country is not only chronically unable to produce food adequate to meet her needs with more that 70 percent imported, but it is listed among the 39 countries that are in need of food support. LENAFU and MDA have identified a need to collaborate on specific interventions focusing on agricultural development, employment creation, resources mobilization and skills development.